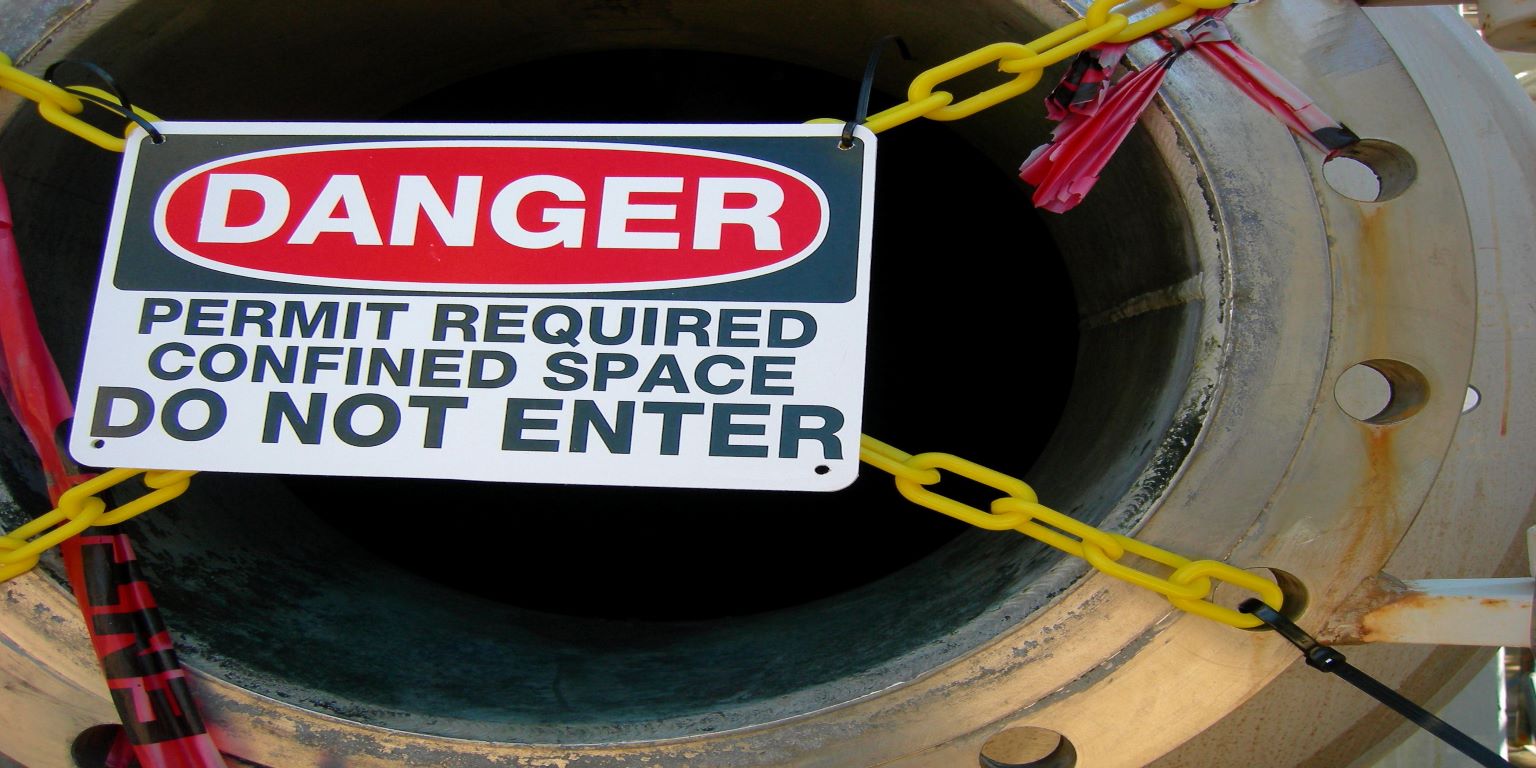 Save Yourself from a Confined Space Emergency!
Imagine you are going to work as usual, you say good morning to your boss and start to set up for the day ahead. You turn around to ask your boss a question he is not there anymore. A few minutes pass and he is still nowhere in sight, and now your coworkers are looking for him as well.

You start to walk around with them, and notice one of the manholes your team has been working on is pulled aside. You look inside and see your boss at the bottom; he doesn’t respond to anyone calling his name and he does not move.

You call emergency services immediately and your coworker (the rescuer) begins to climb in the manhole to investigate while another worker is acting as the hole attendant. While you are explaining to emergency services what happened, the hole attendant reports that the rescuer is feeling light headed and cannot coordinate himself at the bottom. Two people are now in danger and your fear is quickly becoming real.

So, what could have been done to prevent it? Unfortunately, this is a situation that happens far too often and could be avoided if these workers had proper confined space entry training. If the manhole had been analyzed before the rescuer went in, these workers would have been able to tell that it was lacking oxygen, there was a high carbon monoxide reading and the area was not ventilated properly.

You may ask yourself “what caused this space to become so dangerous?” and the truth is that confined spaces can change very rapidly. Majority of confined space deaths are due to atmospheric issues that go undetected because nobody bothers to check for them. The atmosphere change could be caused by a few different things. Sometimes that is a result of decaying material, mechanical exhaust, soil microbes or other unexpected sources.

How can you avoid this accident at your workplace? Proper training in confined space awareness is the key. Anyone who works in areas of risk should be thoroughly trained in proper entry procedures and know how to document a plan of rescue for confined spaces.